Living on the North Yorkshire coast I am surrounded by beautiful moors, woodland and coastline – these natural environments are a constant inspiration, and sketches made directly in the landscape form the basis of my studio work. I use layers of charcoal, pastel and graphite to gradually create my work, and I feel these layers reflect the sheer depth of detail in the Yorkshire landscape, from the tiniest plants across to vast forests on the horizon line. Influences include Joan Eardley, Cy Twombly and Kurt Jackson.

B. 1979, Leeds. Janine lives in Scarborough on the North Yorkshire coast and produces paintings, prints and works on paper inspired by land and sea. She has exhibited extensively across the UK, including with the Royal Academy of Arts, the Pastel Society and the Society of Women Artists, London. Janine’s work is included in private collections worldwide, and has received several prestigious awards such as the Arts Club Charitable Trust Award, the Haworth Prize and the Unison Colour Award. In 2017 Janine was elected a member of the Pastel Society, London, and she is an Associate Artist of Unison Colour pastels. She is passionate about the conservation of our landscape and since 2006 she has been a conservation volunteer for the North York Moors National Park, working on projects such as tree planting and butterfly habitat management.

2017 – Elected a member of the Pastel Society, Mall Galleries, London

Private collections across the UK, Europe, Africa, Mexico and US 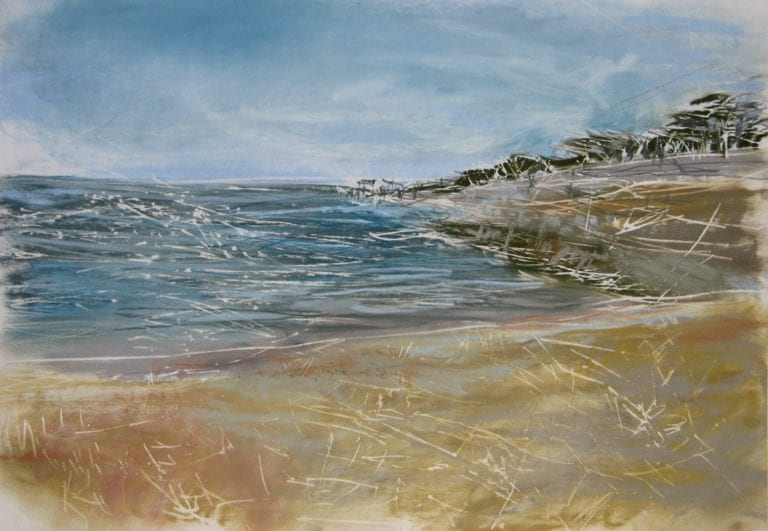 2018 will see the culmination of a international collaborative project I have been lucky enough to be involved with over the last year.