This is Lucy’s third year as the official artist for Yorkshire’s flagship sporting event and sees her continue to create bright and colourful depictions of the race as commemorative pieces for the people of Yorkshire and beyond.

In 2016 Lucy announced herself to the Tour de Yorkshire audience with the fun and quirky ‘Hills, Dales and Woolly Tails’ representation of the region’s beautiful rolling countryside, followed by ‘Pedals, Passion and Glory’ in 2017 inspired by the famous climb up and through Haworth.

2018 sees Lucy break from the tradition of painting just one official piece, to release no less than five official pictures. Four represent each stage of the newly extended four-day men’s race and two-day women’s race, with a fifth picture depicting the brutal climb up and over the iconic Park Rash.

Each piece includes the start and finish towns and cities along with iconic landmarks and areas of historic interest along the route. The paintings themselves follow the names of the four stages, being ‘Arts and Culture’ for Beverly to Doncaster, ‘Yorkshire Heritage’ Barnsley to Ilkley, ‘Market Towns’ for Richmond to Scarborough, and ‘The Yorkshire Terrier’ for the final stage of Halifax to Leeds. Lucy’s fifth piece is simply called ‘Welcome to Yorkshire’ illustrating the wonderful Yorkshire crowds cheering on the riders up the Park Rash climb.

This year was particularly poignant for Lucy given that stage three of the race starts in her home town of Richmond. Lucy said, ‘It has always been a huge honour to paint the official picture of the Tour de Yorkshire, and no more so than this year with the race coming to my home town and enabling me to include Richmond in one of the pieces. There are so many beautiful places to include in the official picture, that you simply can not get them all in, so this year with the race extended to an additional day, I decided it was time to dedicate a piece to each of the days. Hopefully this means the people of Yorkshire can enjoy a piece of the artwork that means something to them personally, no matter where they were along the route.’

Sir Gary Verity, Chief Executive at Welcome to Yorkshire said: “Lucy’s paintings for the 2018 Tour de Yorkshire are a joy to behold and she’s really done herself proud with this year’s collection. They really capture the essence of our great race and will serve as a great memento of the fourth edition.”

The full collection along with Lucy’s wider works of art are available to view at www.lucypittaway.co.uk

For more information or high res images for print contact Steve Maddren on steve.maddren@lucypittaway.co.uk or Tel: 07833 453221 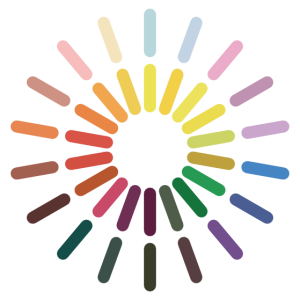